The last few days have been surreal here in Hong Kong. School has been cancelled for children in the Central and Western District where I work, as public transit in the area has been severely limited by, for lack of a better term, people in the way. So for the last two days, I have been at school with my coworkers, catching up on planning and preparation for lessons. However, it's been hard to go more than a few minutes without checking the news or starting a conversation about the current state of affairs. I'll let you read the global news coverage for the details of Occupy Central, but basically, thousands of people are  in the streets the financial center of Hong Kong, as well as another dense part of the city called Mong Kok. Several years in the making, Occupy Central is all based around the practice of civil disobedience, a term coined by a great American, Henry David Thoreau. I walked through the occupied streets on Monday afternoon and these were the scenes I saw. 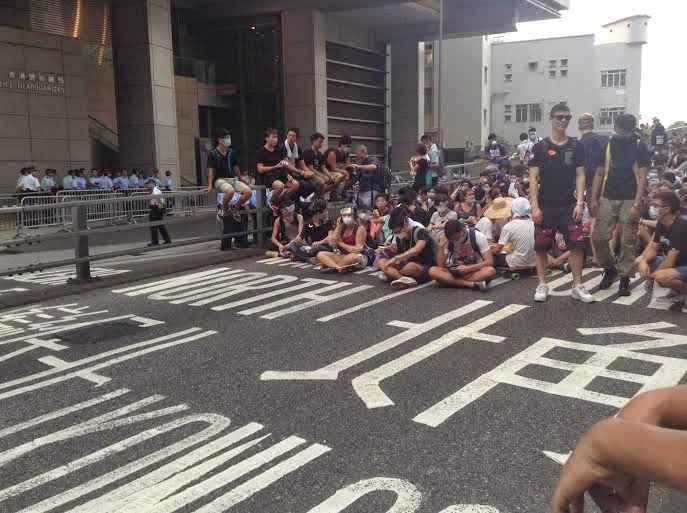 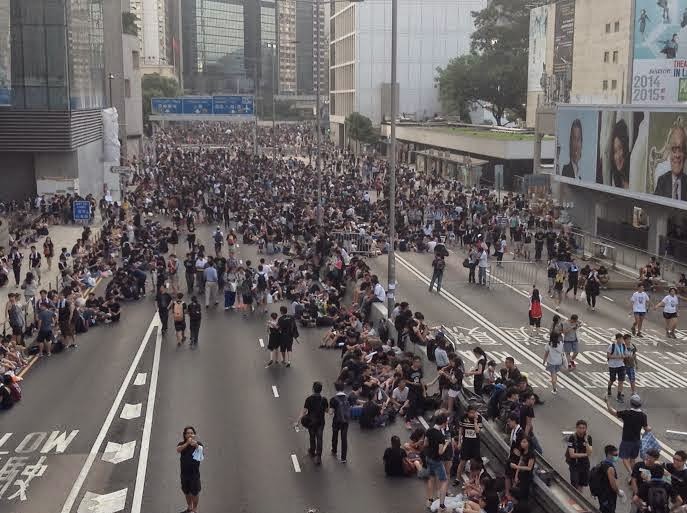 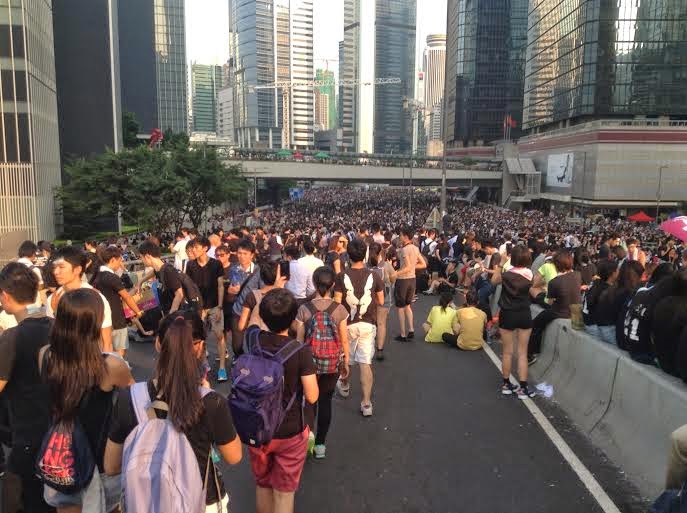 As I walked through, it felt calm but buzzing. People were sitting together and casually chatting in one area, but after walking another hundred feet, I spotted and an old man shouting words of encouragement to the mostly student protesters, who responded with cheers and raucous applause. I was offered food, water, a towel and a whole variety of other items by makeshift stalls of items donated by local businesses around the city. This is a fiercely anti-government demonstration but it is just about the opposite of anarchy; everything has been organized to a tee.

Hong Kong has a history of protesting the government, even when Britain was in power, but this particular showing is unprecedented. As a resident of this city for over three years, I have never been more proud to live here. The protest is peaceful but powerful; people want democracy with all their heart and soul, but they understand, as Martin Luther King said, "Nonviolence is a powerful and just weapon."

Not only am I particularly proud to be a resident of Hong Kong, for the first time in my life, I feel like I am witnessing history happen before my eyes. It's impossible to say what the outcome of this will be as it is likely only in the early stages, but at the very least, Hong Kong people have showed incredible courage and passion to fight for what is right. And they are fighting without harming a fly.

For a live feed of the happenings related to the protest, click here. At this moment, I am not at all worried about my or any of my friends' safety. But if things escalate to dangerous levels, I will be sure to send out updates via Facebook and email.

Ben Tully
Hung Hom, Kowloon, Hong Kong
Thanks for coming to my blog! My name is Ben and I've been working as a teacher in Hong Kong since July 2011. I'm a graduate of Pacific Lutheran University in Tacoma, Washington, USA and thoroughly enjoy sharing my expat experiences and artistic interests with anyone who's curious. Thanks for coming to the site!